“The Tyranny of Cheerfulness” Samantha King

PINK RIBBONs, INC., directed by Léa Pool, written by Patricia Kearns and Léa Pool; based on the book by Samantha King. 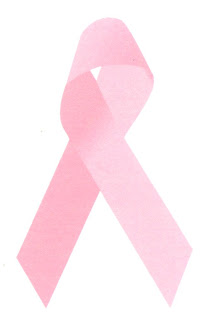 Statistics state that every 23 seconds a woman is diagnosed with breast cancer and one dies every 69 seconds.

The eye-opening Canadian documentary, “Pink Ribbons, Inc.,” is aptly subtitled “Capitalizing on Hope.”  Director Léa Pool filmed events in Susan G. Komen Walk-for-the-Cure during Breast Cancer Awareness Month (BCAM), held in major locations around the world.   AstraZeneca, a corporation that produces cancer-causing chemicals and drugs, founded BCAM, which takes place annually in October.
Watching the film, the preponderance of hot-pink EVERYTHING got to me- from the twisted pink ribbon to pink flamingo glasses.  Nowadays, you can’t turn around without a proliferation of pink products being pushed at you.   As seen in the film, the Komen’s “walk for the cure” has spread globally.  World leaders throw pink spotlights on monuments and/or historic sites, like Niagara Falls, during BCAM, an activity akin to breaking a bottle of champagne on the hull of a ship.  When interviewed, someone asked, “What does lighting up Niagara Falls with pink lights mean?”   It’s enough to make you gag.   Pool interviewed social commentator Barbara Ehrenreich.  Diagnosed with breast cancer, she opted out of going pink, saying she was highly offended by the infantilizing of women; and how one was expected to be upbeat.   Anger is negative; the efforts to find a cure are made to be fun!   Still, I wondered, where would AIDS research and treatment be if it weren’t for the anger of ACT UP (AIDS Coalition to Unleash Power) in the 1980s?
The efforts to find a cure started in the 1940s.  It was seen as a battle (Ehrenreich commented, “I wasn’t battling anything.  I chose to live”).  During WWII, members of the American Cancer Society, marched in military uniforms to demonstrate the “fight against” cancer here at home while “our boys” fought the enemy overseas.   Back then, the ratio of breast cancer deaths was 1 in 22, now it’s a shocking one in eight.  Today, an astounding 59,000 women a year die of breast cancer.  What is going on?  Ronald Reagan had pledged to throw millions of dollars into finding a cure.  It became a philanthropic endeavor and huge corporations came on board.  Many wonder where all the money is going; there is very little to show for it.  Philanthropic foundations believe that the solution is more money.   Yet there is no coordination between federal and/or private foundation cancer research organizations.  Andl only a tiny percentage of all the Komen funds go to research ( 15% last year, down from 20%.  Komen has cut by nearly half the proportion of funds it spends on research grants).
It has been noted that drug companies profit by making people terminally ill- a truly egregious cycle.  Heads of pharmaceutical corporations must be rubbing their hands knowing that the more drugs they sell, the more people will develop cancer.  Cancer is a disease with an indefinite remission or end-time, so corporations can sell their wares indefinitely.   Cancer surgeon, Dr. Susan Love feels that chemotherapy and radiation are poisons.  She wants more research.   Yet few scientists are studying the effects of pesticides, toxins, and plastics in the environment- some plastic products disrupt hormones in all species.  It is a known fact that certain plastics mimic female hormones, destroying endocrine functions.   Interestingly, so far, studies have included only white women, when an inordinate number of women of color, due to income disparities, live in environmentally compromised areas.   Yet Komen sponsors can’t work with environmentalists because Komen has ties to companies whose products contain carcinogenic substances!  Interestingly, no mention was made in the film concerning men with breast cancer.  Perhaps Polo or some other male-oriented product will step up.  Still, since 2009, men get their own week during BCAM
The Komen “cancer industry” hooked up with corporations and evolved into selling their products.  Yoplait, until it was discovered that its yogurt contained bovine growth hormone-  the company has since stopped using it and iIt still supports Komen; Revlon and Estée Lauder got on the pink bandwagon, both whose cosmetics contain carcinogenic chemicals-  they promised to investigate.  Avon’s Avon Foundation for Women disassociated itself from Avon Products to protect them from liability from its cancer causing ingredients.   During one BCAM, Kentucky Fried Chicken sold its deep-fried chicken in pink buckets (a short film clip shows that Colonel Saunders had switched his trademark white suit to pink), creating controversy.  The hypocrisy is stunning considering that these companies purport to fight cancer.
Sports teams signed on to BCAM realizing they could profit.  Since many NFL players were not nice guys, they joined the cause, and, in my eyes, made themselves ridiculous wearing pink laces in their cleats; pink ribbon logos on helmets and other equipment.  After an influential breast cancer survivor ordered herself a white, pink- striped Mustang, Ford held raffles for a designer Mustang, proceeds to benefit Komen.  Sadly, a dozen female Ford employees who had assembled the cars’ plastic interiors, died from breast cancer.   “When I see a pink ribbon,” activist Judy Brady says, “I see evil.”   That’s how I felt each time, Nancy Brinker,  Komen Foundation founder was interviewed in her blush, band-box pink jacket –  her robotized voice and smooth, heavily made up face, and perfect hair.
Pool interviewed a group of women with Stage IV, or end-stage- cancer, whose breast cancer metastasized.   “We’re made to feel we didn’t try hard enough,” one said.  Their doctors say that they can take drugs to prolong their lives.  The women ask: “But what kind of life would we be living?” Another said, “It’s like they’re using our disease to profit and that’s not OK.”
The film was made before the Planned Parenthood controversy where Komen pulled its funding from that organization.  Karen Handel, a Komen vice-president, and five other leaders have resigned, yet the flack continues.  The pink ribbon hype is a total phenomenon.    Would that the hundreds of thousands of people who participate could realize that they are being exploited for corporate profit so that they’ll get angry, organize, and speak out!   We need the energy of an ACT UP, the organization that propelled the eventual success of a viable AIDs treatment.